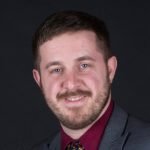 Jeff’s digital health background spans sales, marketing, product development, management consulting, and industry analyst research. Jeff has advised many of the largest technology firms in the world on their healthcare vertical growth strategy and has guided some of the largest payer and provider organizations on adoption of emerging technologies. He is a trusted healthcare technology expert quoted in the New York Times, Wall Street Journal, Newsweek, STAT, Modern Healthcare, and others. Industry keynote speaker and regular HIMSS global conference presenter and panelist. Occasional guest on NPR Marketplace. Named a top contender among HHS Innovation Challenge competitors in the SDOH arena. 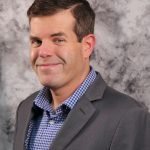 Darin Challacombe, Ph.D., SHRM-CP, is Director of Learning and Development for ScanSTAT Technologies. He has worked in the HIM and ROI fields for five years and has been in education for over 20 years. His vast experience includes work in nonprofit, government, and private business spaces. He currently serves as Treasurer of the Association of Health Information Outsourcing Solutions (AHIOS). 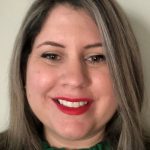 Adrian Czapla is a Manager of Healthcare Risk and Compliance at Protiviti. She has over 10 years of program integrity experience with commercial and Federal healthcare payers. She has led Medicare Compliance Program Effectiveness (CPE) and Part D Recovery Audit Contractor (RAC) audits, as well as worked with Federal Employees Health Benefits (FEHB) payment integrity compliance programs. As a former Special Investigations Unit (SIU) manager, she has also led fraud, waste, and abuse audits across Medicare, FEHB, and commercial lines of business. She is also a Certified Professional Coder (CPC). 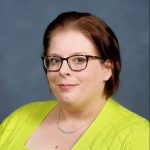 Elizabeth McElhiney, MHA, CHPS, CPHIMS is the Director of Compliance and Government Affairs at ScanSTAT Technologies. She has worked in the Release of Information industry for over 14 years; covering all areas of the industry from customer service to compliance. Currently, she is the Secretary and CRIS Chairperson at the Association of Health Information Outsourcing Solutions (AHIOS). Ms. McElhiney is also a first-year delegate for the Illinois Health Information Management Association. 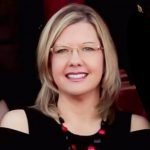 Leigh has over 25 years of coding experience and has worked extensively in the coding and education realm over the last 20 years. Her true passion is coding education and making sure coders are equipped to do their job accurately and with excellence.

She was the Corporate Auditor/RAC Coordinator for a major healthcare provider and had the opportunity to work closely with HIM directors, supervisors, and coders across the United States. She managed the following in her role as corporate auditor:   coding education, auditing support, interim coding management, and  HIM system implementation.  She also served as the RAC Coordinator at the corporate level during this time.

Leigh has had the opportunity to present at the AHIMA National Convention, ACDIS Convention, and AAPC Convention on multiple occasions. She has spoken at multiple state AHIMA Conventions including TXHIMA, PHIMA, ILHIMA, LHIMA, WHIMA. She has been a guest speaker on AHIMA webinars, written articles for the AHIMA Journal & has published articles in the AHIMA CodeWrite publication. Leigh has traveled the US and Internationally providing coding education. 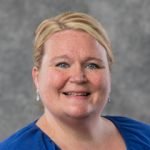 Kelly Walton is the Director of Healthcare Services at ComforceHealth. Kelly is a multi-credentialed coding, revenue integrity auditing and education professional with a decade of experience.Kelly’s notable experience includes developing customized coding and physician education for healthcare systems nationwide. Kelly is also a seasoned speaker at local and state conferences, such as MEHIMA, FHIMA, ORHIMA, OAHIMA, Quad21, KHIMA/MoHIMA and AAPC Bangor, ME Chapter. For several terms, Kelly taught the coding curriculum as Adjunct Faculty Member at Beal College in Bangor, ME; her alma mater. Her passion for mentoring and educating the HIM community continues in her role at ComforceHealth. Kelly’s strong subject matter background began as an inpatient coder and since then has expanded to include professional billing, charge reconciliation, physician education and outpatient workflows. In addition, she has served as a valued member of ICD 10 implementation and revenue cycle committees. A passionate HIM professional, Kelly is proud of her professional and academic accomplishments. Kelly holds an Associates of Applied Science degree in Health Information Management and holds the AHIMA RHIT and CCS credentials.